RAPA is a company with a long tradition and a forward-looking orientation. RAPA’s success story began as early as 1920 – and in a very manageable way. In Selb, at Badershof, the technician August Pausch founded a small handicraft business together with the merchant Hans Rausch. Their abbreviations “Ra” and “Pa” also gave the company its name.

But it did not stop there. From small beginnings, RAPA has evolved from generation to generation, expanding its product portfolio and entering new markets. Internationalization has also been driven forward. At the company headquarters in Selb, the administration, production and logistics are housed on a 45,000 square meter site. In the meantime, RAPA is active nationally and internationally and is present with a plant in North America and its own sales office in China. Thus, since 1920, RAPA has successfully grown from a traditional family business to a global medium-sized company with almost 1000 employees worldwide. Nevertheless, RAPA is and remains an independent family business already in its fourth generation and is 100% family-owned. This ensures that RAPA is inseparably linked to the Pausch family of entrepreneurs. Dr. Roman Pausch manages the family business in dual leadership together with Karin Wolf, who is responsible for commercial matters. The management duo takes care of the company’s fortunes, in particular its further development, future strategies and visions.

In 2020 RAPA starts with a new corporate structure and since then operates under the umbrella brand RAPA. RAPA SE is the holding company, the strategic umbrella of the RAPA group of companies and coordinates the central tasks in the areas of IT infrastructure and finance. The operative business is located in the subsidiaries RAPA Automotive, RAPA Healthcare and RAPA Industry. Operational responsibility lies with the respective managing directors of the individual subsidiaries.

The business units are given entrepreneurial freedom and operate independently in their markets. By focusing on its customers, markets and core competencies, RAPA strengthens its customer focus and increases its agility.

With the structural adjustments, RAPA is facing up to the changed market challenges and laying a solid foundation that will enable stronger growth and secure the company’s successful future. As a result, a significantly broader range of services will be offered in the future. With this step, RAPA is decisively advancing its goal of successfully positioning itself as a technology and development partner. As a broadly positioned and diversified group of medium-sized companies, the name RAPA stands for pioneering spirit, technical innovation and progressive thinking – and has done so for 100 years now.

The corporate bodies of RAPA

RAPA’s Supervisory Board is made up of members of the Pausch family, experienced executives from the private sector, industry experts and companions of the company, who support the management team with their expertise. With currently five members, it controls and advises RAPA’s Executive Board. The Supervisory Board is chaired by Horst Pausch. 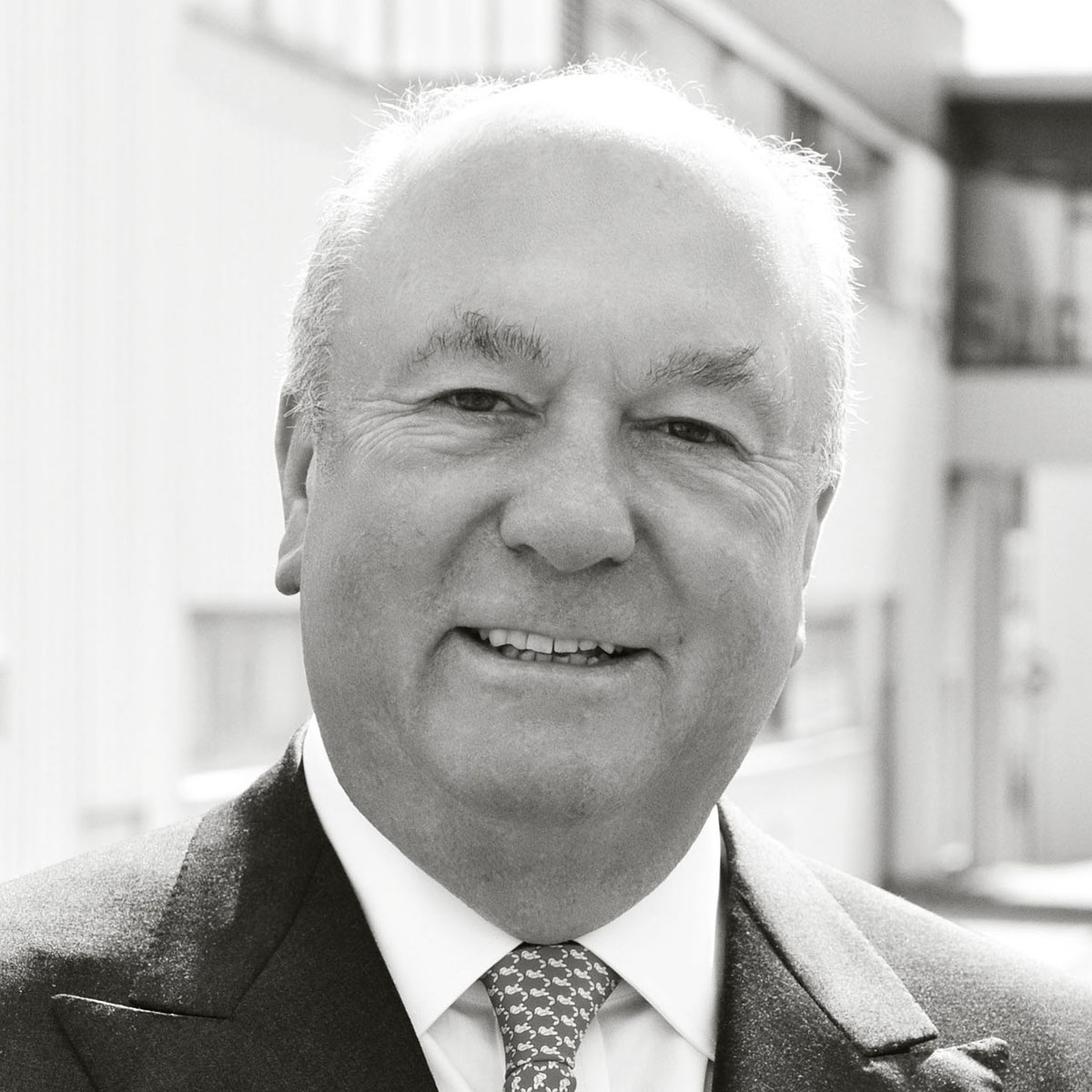 HORST PAUSCH
Chairman of the Supervisory Board


Read more…
On November 1, 1969, Horst Pausch joined the family company after completing his studies in electrical engineering to become a Dipl. Ing. and Dipl. Wirtsch. Ing. at the TH (today TU) Munich, Horst Pausch joined the family business. At that time, his father Albert Pausch managed RAPA as a general partner in the second generation. In 1970 he was appointed limited partner and in 1977 general partner of the KG. Since the company was renamed a GmbH (limited liability company) in 1986, Horst Pausch was its sole managing director until 2010. Today, he chairs the company’s supervisory board. 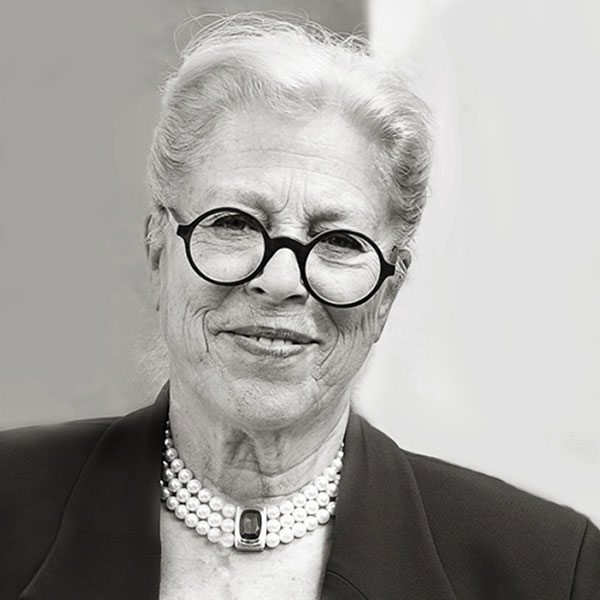 TRAUDL PAUSCH
Member of the Supervisory Board


Read more…
Traudl Pausch completed her training as a foreign language correspondent in Frankfurt after her high school years in Frauenwörth am Chiemsee and then worked for the Linseis company in Selb. 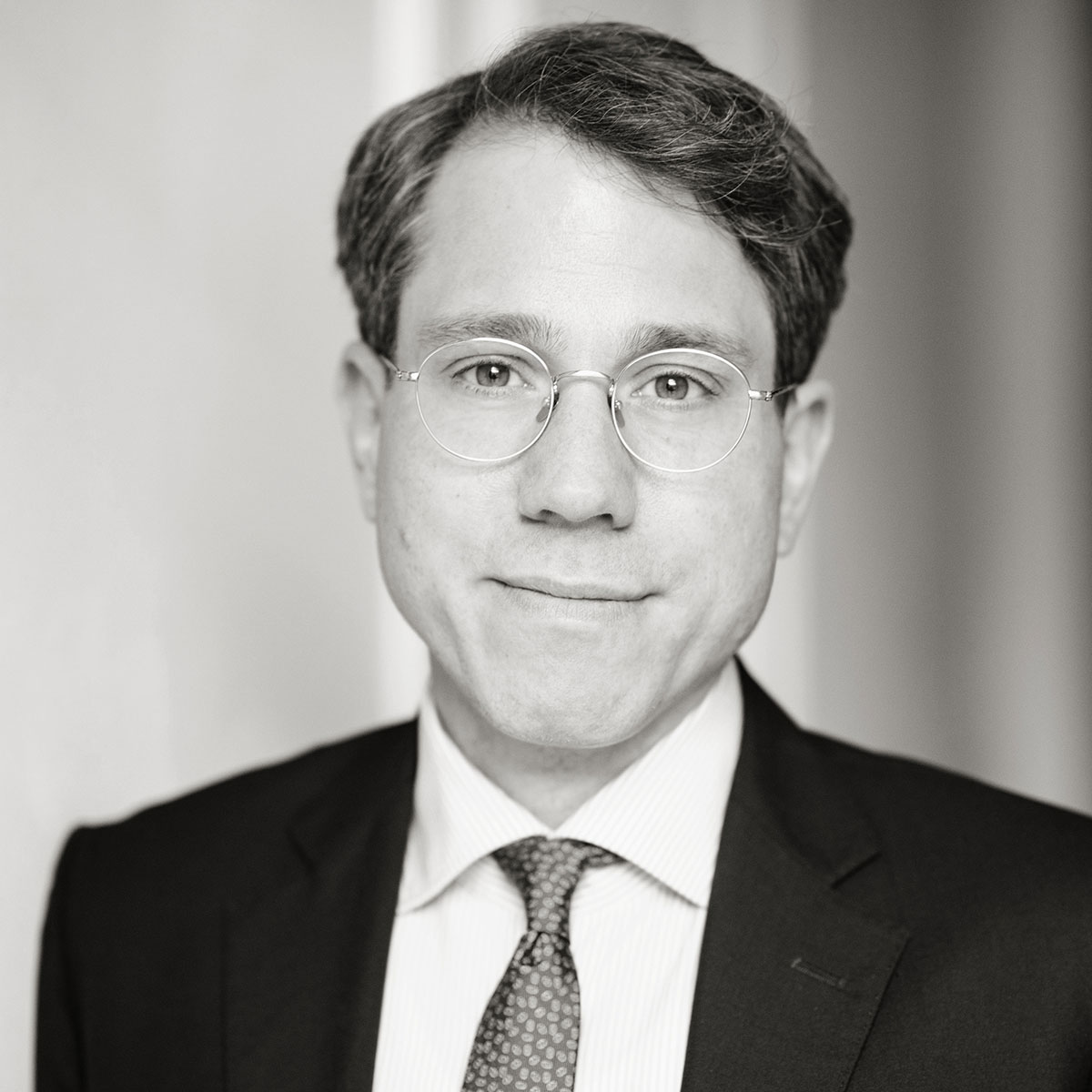 FERRY PAUSCH
Deputy Chairman of the Supervisory Board


Read more…
Ferry Pausch studied business administration and economics in Bamberg and Venice. He then completed a master’s program in International Relations at Columbia University in New York. He also began his professional career in the USA at the Council on Foreign Relations, a foreign policy think tank. In Germany, he has since worked for several trade associations, including the Federation of German Industries (BDI), Association of German Magazine Publishers and the Migrant Business Association. Starting in 2008, he co-founded the Deutschlandstiftung Integration (German Foundation for Integration) to support young people with an immigration background under the patronage of the German Chancellor, which he headed as executive director until 2017. Pausch then headed a Chinese-German center for deepening economic, cultural and academic relations between the Chinese metropolis of Changde and Hanover, the capital of Lower Saxony. In an honorary capacity, he serves as a board member of the Association of the Migrant Economy and as a member of the board of trustees of the Education Foundation, and is a member of the German Council on Foreign Relations. Ferry Pausch was named to the list of 40 Leaders Under 40 by Capital magazine in 2013 and 2014 and was included in Germany’s Top 100 Out Executives by Uhlala in 2018. 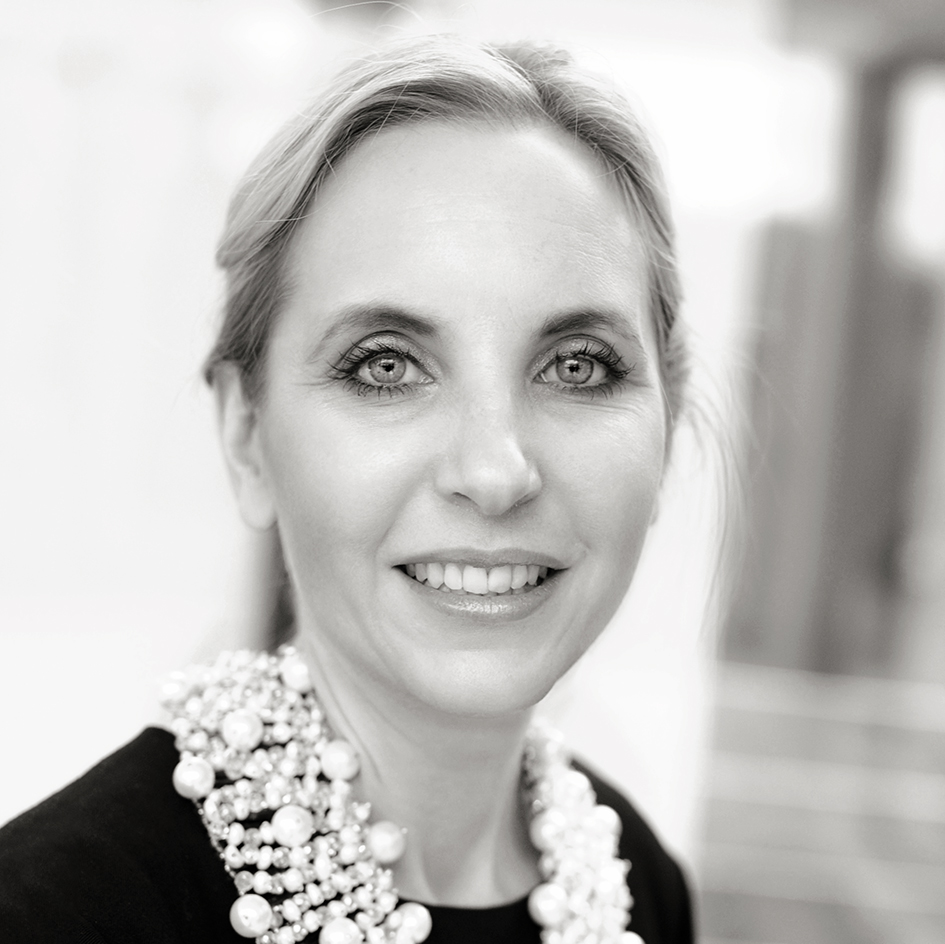 EVA PAUSCH
Member of the Supervisory Board


Read more…
Eva Pausch, born Schicker, studied biology with German, art and religion for the teaching profession and passed her first state examination at the Julius Maximilians University of Würzburg in 1998. In the same year she married Roman Pausch. After the second state examination in 2000, a stay abroad in Australia followed. For two years she lived with her husband and daughter in Vancouver and Sydney. In 2004, the family returned to Germany. Since 2008 she has been working as a teacher at the elementary school in Schönwald. The marriage produced three children. In 2022, she was appointed to the Supervisory Board as another family member. 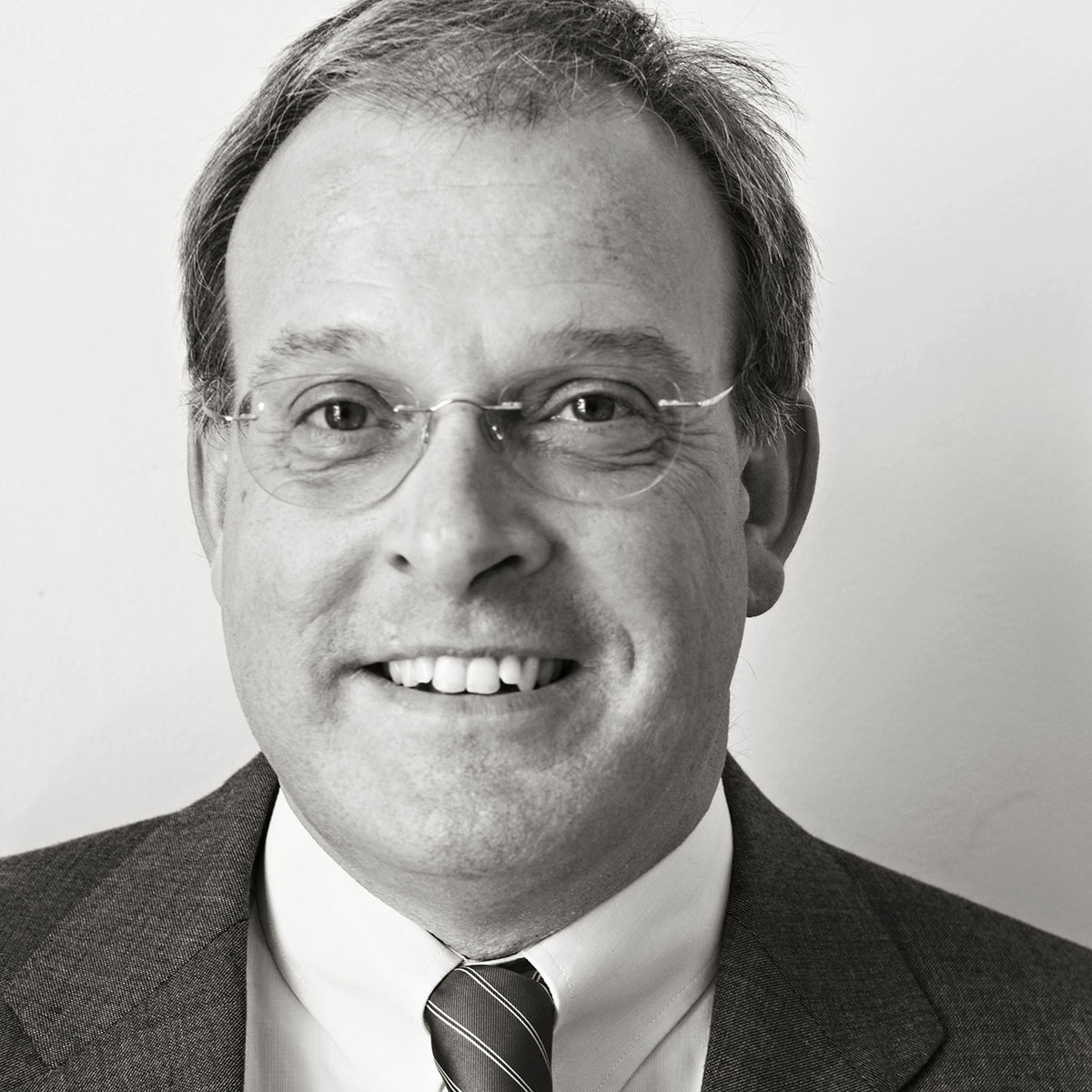 PROF. DR. CLEMENS SCHMITZ-JUSTEN
Member of the Supervisory Board


Read more…
Prof. Dr. Clemens Schmitz-Justen is a global automotive veteran. He worked for the Bavarian automotive group BMW for almost 20 years, with functions in Germany, Great Britain and South Africa, and managed the plant in Spartanburg, USA, until 2007. After that, he founded a management consultancy, here he already supported RAPA in its settlement in Alabama, and acted as honorary German consul for the state of South Carolina. Before returning to Bavaria, he was responsible for car building at the Californian electric car startup canoo.
Prof. Dr. Schmitz-Justen studied mechanical engineering at RWTH Aachen University, where he was managing senior engineer at the Fraunhofer Institute for Production Technology. He was an honorary professor at TU Chemnitz and Clemson University. He was a committee member of the US National Academy of Science and is a member of several other German and American oversight committees in addition to RAPA. He is married, has two grown sons, four pets and never enough old cars in the garage. 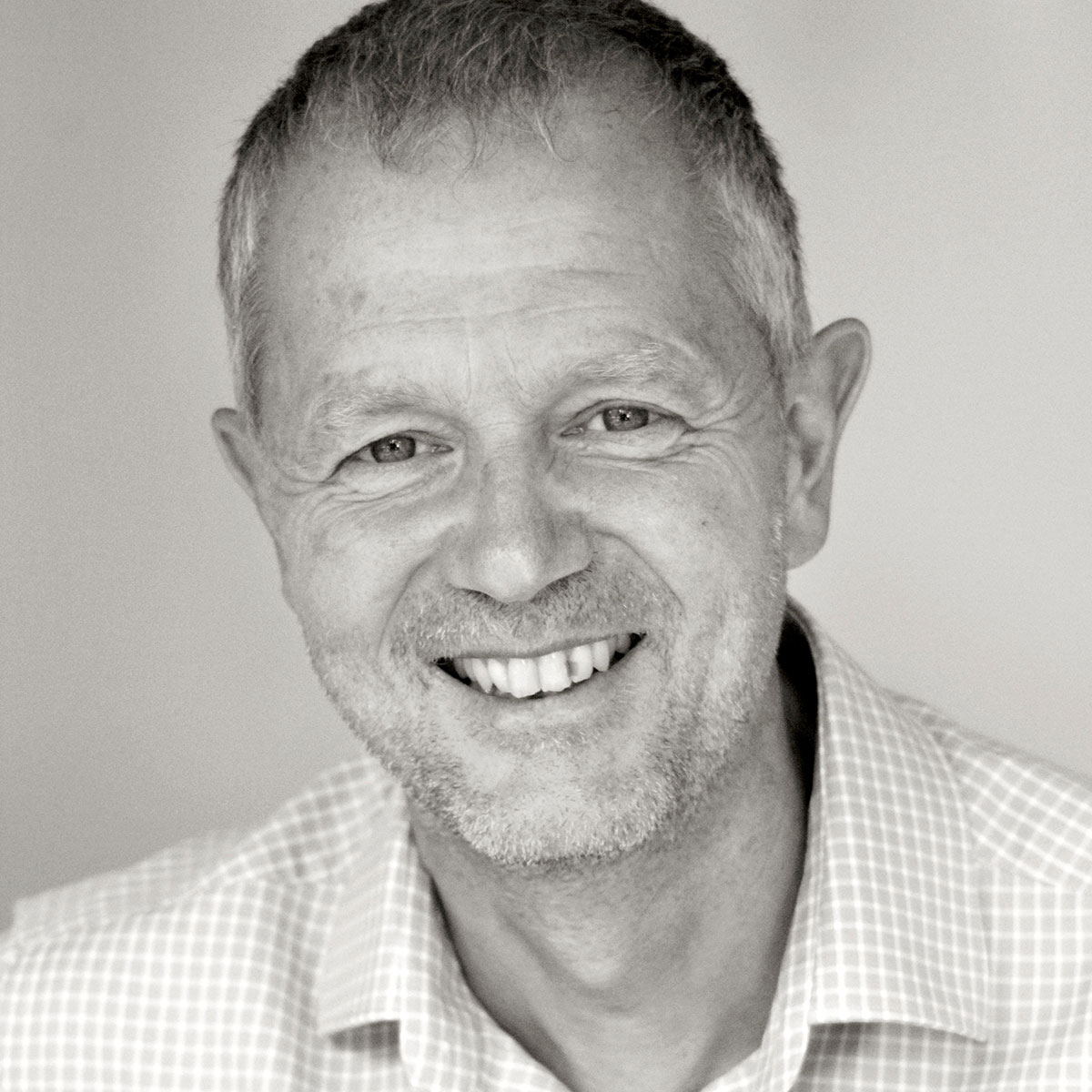 PROF. DR. THOMAS MEUCHE
Member of the Supervisory Board


Read more…
He has been Professor of Finance at Hof University of Applied Sciences since 1999. He is responsible for the management of various study programs, such as the part-time bachelor’s program in digital business, digital administration and the part-time master’s program in digital transformation.
Furthermore, he also heads the department www.beruf-plus-studium.de and the Competence Center Digital Administration at Hof University of Applied Sciences.
Prof. Dr. Meuche is not only active in Upper Franconia, he is also head of studies at the Academy of Administration and Business in Nuremberg and Eastern Bavaria.
Meuche holds advisory and supervisory board positions in various family-owned companies, including Joh. Winklhofer Beteiligungs GmbH & Co. KG. 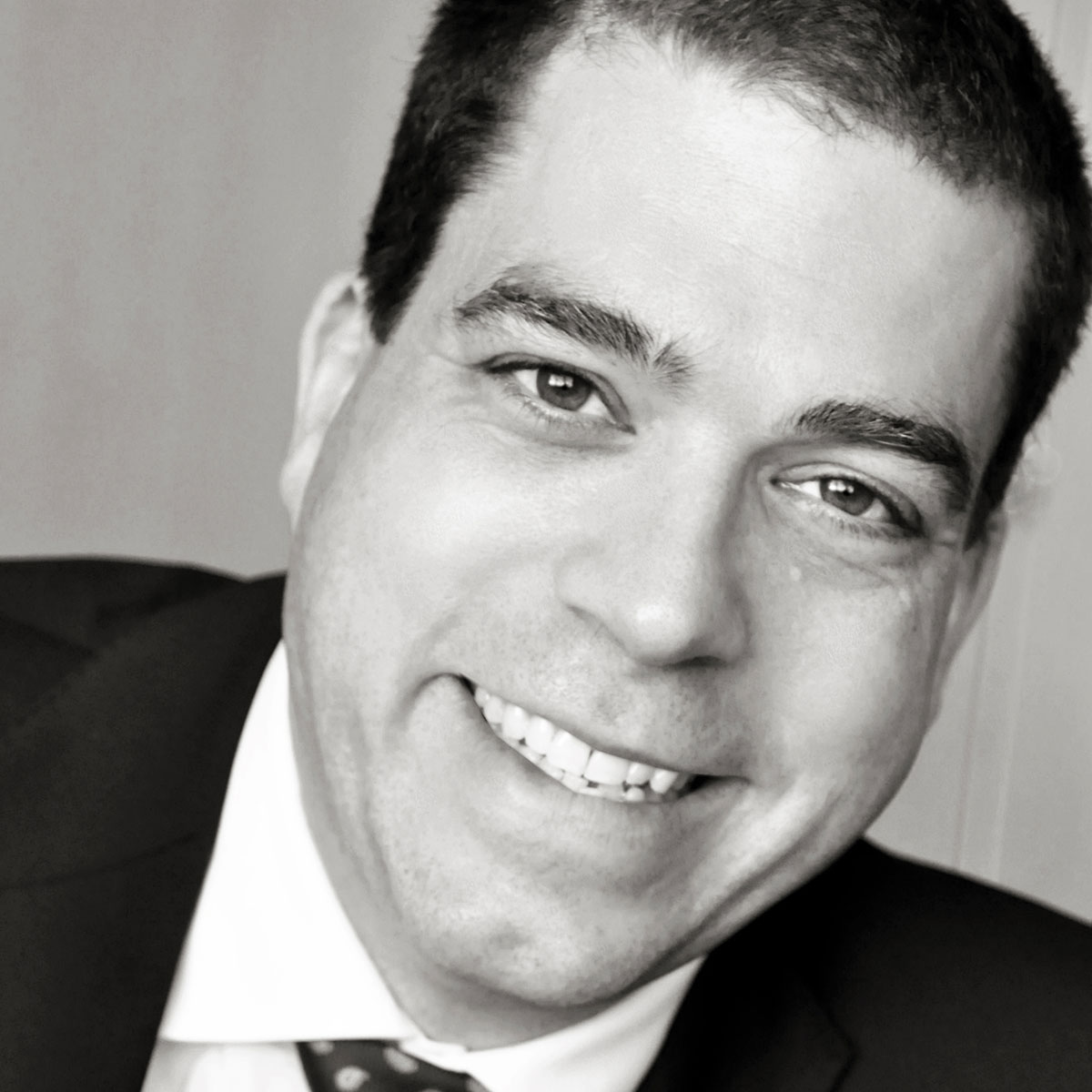 DR. ROMAN PAUSCH
Chairman of the Board of Management
CEO RAPA Automotive


Read more…
Since 2010, Dr. Roman Pausch has been leading the company in a dual function, since 2020 as Chairman of the Board of Management of the holding company and as CEO of the RAPA Automotive division. He is the representative of the fourth generation of the Pausch family at the top of the company. Roman Pausch holds a doctorate in physics and studied financial mathematics at Oxford. In addition, he completed postgraduate business studies in Vancouver and Sydney. 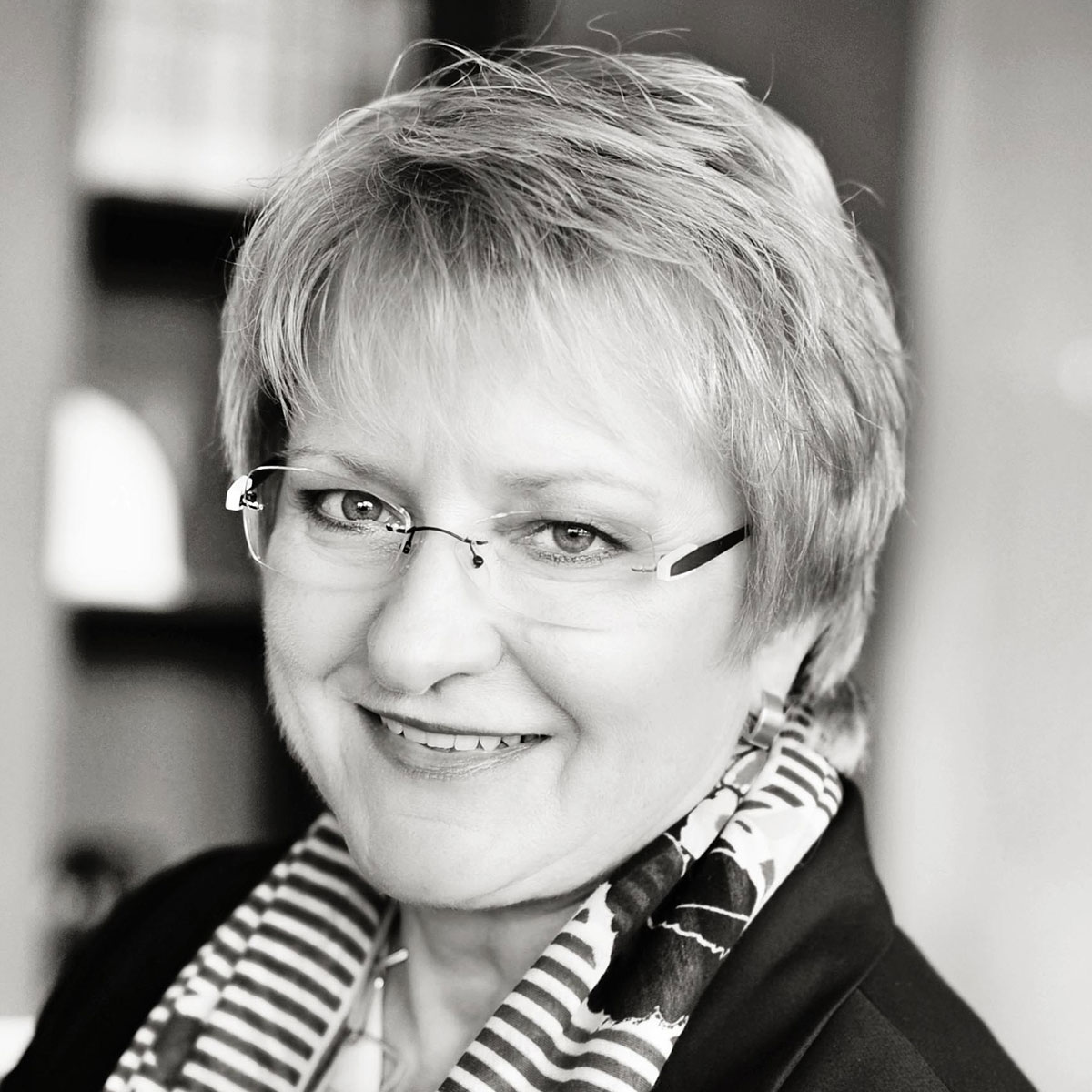 
Read more…
Born in Selb, she studied economics at the University of Bayreuth after graduating from high school. Before joining RAPA in 2012, she worked in auditing and tax consulting. Karin Wolf has been appointed a member of the Executive Board and is responsible for managing the operating business of the RAPA Automotive division together with Dr. Roman Pausch. Karin Wolf is married and firmly anchored in the Fichtelgebirge region of Germany. 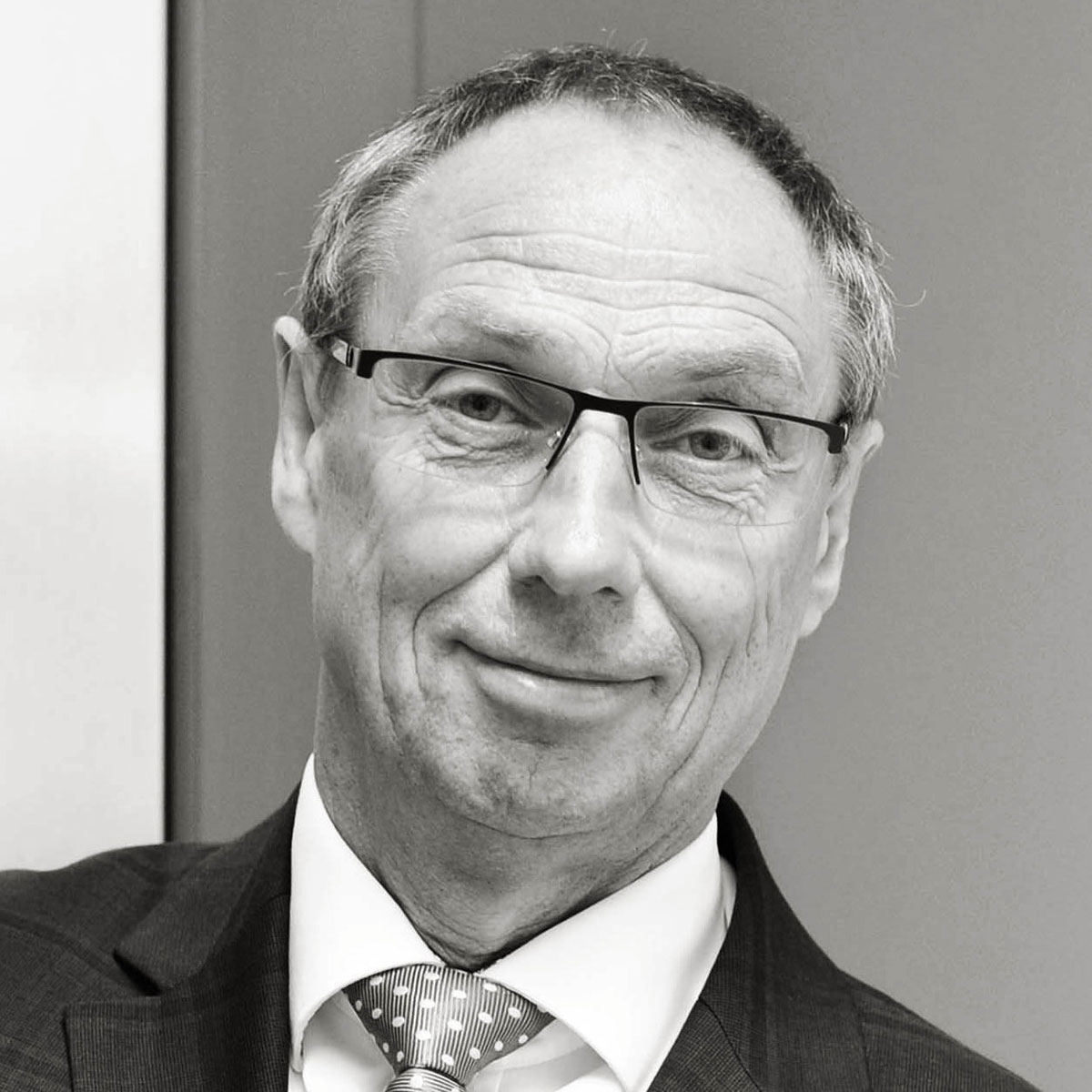 
Read more…
Reinhard Schlechte studied mechanical engineering at the FH Bremen and joined RAPA in 1997. In 20 years as plant manager and since 01.01.2019 as managing director for the divisions RAPA Healthcare and RAPA Industry, he has been passionately attached to the company. Prior to this, he worked for five years as a product developer and over 30 years in the management and organization of larger production units. 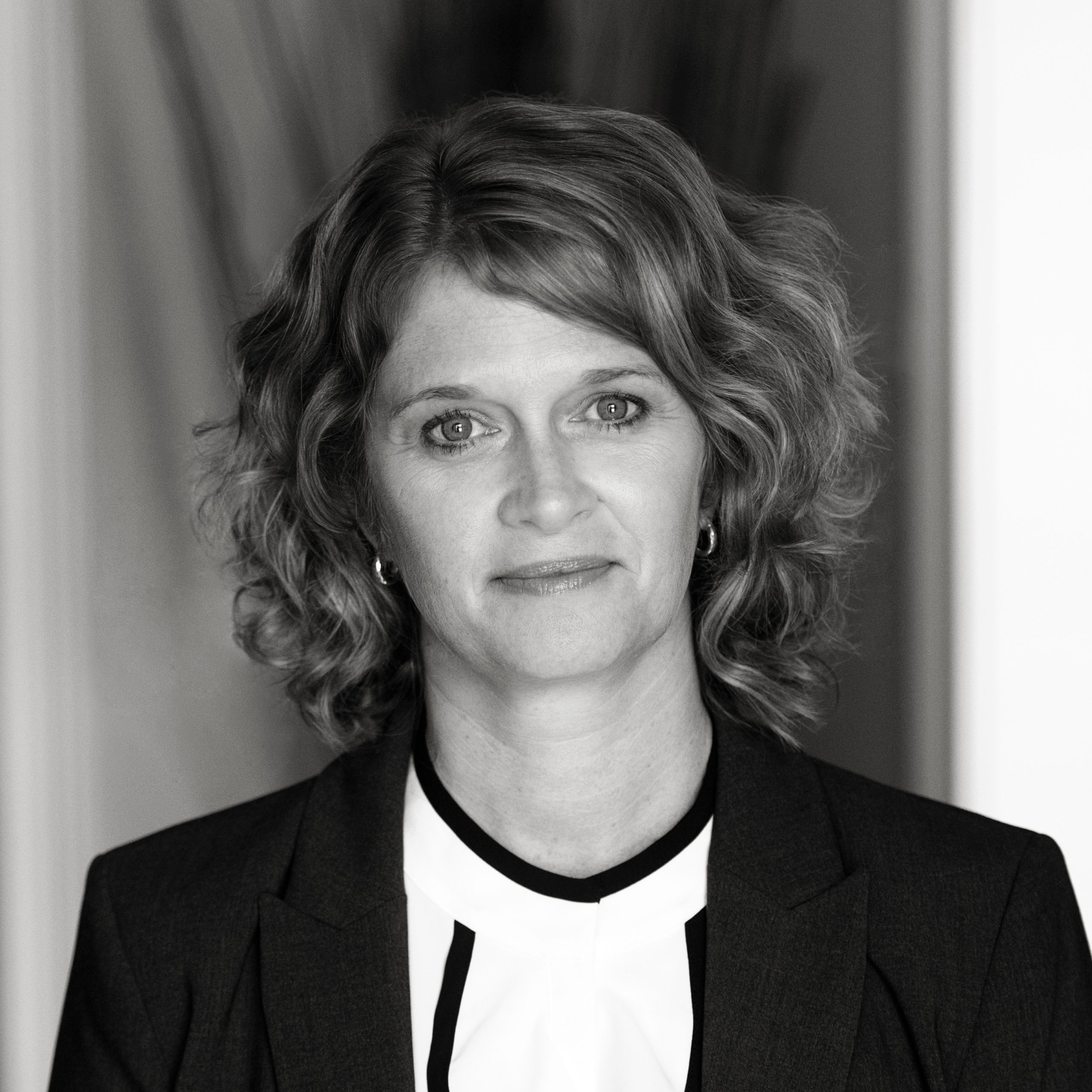 
Read more…
Carmen Jordan, a native of Auburn, Alabama, will take over the management of the USA site in Auburn with effect from 01.08.2021. Carmen Jordan graduated from Cornell University with a Bachelor of Science degree in Chemical Engineering. She spent several years in the steel industry before transitioning to automotive. Having worked for many years with German companies, Carmen started with RAPA in February 2016 where she headed quality and supply chain departments before taking her new role.